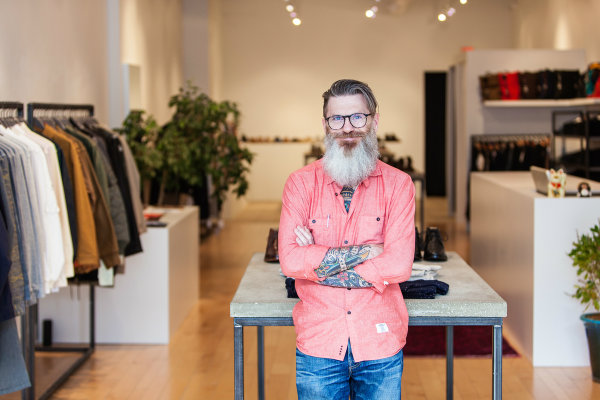 Kevin has never been to Dawn Farm for treatment—not our Detox, residential or even outpatient. But Kevin’s story is profoundly linked to the Farm. On a Tuesday night in 1998, in Dawn Farm’s living room, everything changed for him.

Kevin was born in Grand Haven, Michigan, a child with identified potential but difficulty fitting in. He took his first drink of alcohol when he was 8 years old. By the time he was 10 or 11, Kevin was drinking alone to reduce his feeling of discomfort around others. “Drinking really calmed me down and made me feel OK in my own skin.”

He drank throughout high school, dropping out with only a half credit to go. But Kevin always had an entrepreneurial spirit, and before he went back and got his diploma he had started a retail business and secured a sales job with a Fortune 500 company. But in the early 1990’s Kevin’s fortunes suffered. He blamed it on the economy, but his drinking played a huge role. A long line of psychiatrists and therapists were unable to help him find relief. As each year passed, Kevin drank more, and he sank into homelessness and daily drinking. When he couldn’t afford booze, he huffed gasoline. 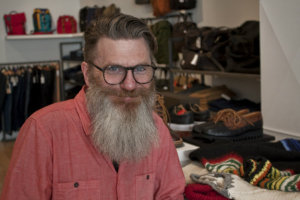 “I once had a bartender defend me to some other patrons by saying, ‘He’s an alcoholic and he doesn’t have any friends.’ Sadly, it was absolutely true.”

Kevin was back in college when he came to the Dawn Farm Education Series for a class and heard the “Addiction 101” lecture. “I had never heard anything like that. The presenter talked about me with real knowledge and he said there was a way to get rid of the alcoholic ‘noise’ in my head.” Kevin started to leave after the lecture, but then returned to talk. He was invited to a 12-step meeting the next night.

“For the first time, I had a little bit of hope. I went to that meeting and could identify. I believed them when they said I could feel better.”
Kevin left that meeting with a sponsor and 15 phone numbers and has been sober ever since. He is busy with helping other alcoholics and active in the recovering community.

After years as a national sales rep, in 2013 Kevin and a partner opened Today Clothing, a sleek, contemporary store specializing in recognized craftsmanship and modern creativity. The store is already an Ann Arbor hotspot.

Sobriety has brought Kevin great things—all from a brief encounter on a Tuesday night. “If you can get out of your own way and ask for help, please believe that the help is there. You only need the right moment to find that recovery is possible and that we can help you stop hurting. I’d be happy to tell you how I did it and to introduce you to a few of my friends.”