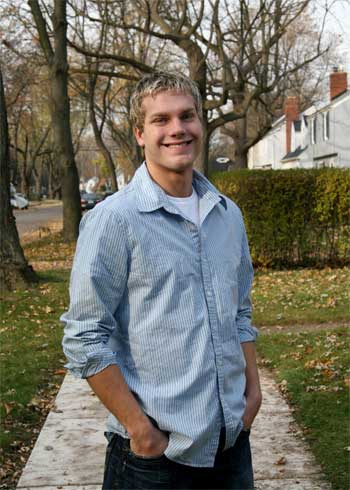 Billy was a handful. Raised in a stable and happy family in Monroe, Michigan, he attended private Catholic schools. But Billy was a curious kid; he experimented with alcohol and marijuana at age 14. By 15, he was already in big trouble.

“I got kicked out of high school in the 10th grade. My parents were upset with me but they didn’t know how to help.” By the time he was 17 years old, Billy had been kicked out of five high schools.

He drank, smoked pot, and began to experiment with a range of other drugs, including cocaine. Billy started to commit crimes. Between age 17 and 20, he was arrested eight times—for drug possession, shoplifting and theft. He also began to be ordered into short-term treatment programs for addiction. All unsuccessful. By age 20, he was locked up and facing a prison term.

In May 2003, Billy detoxed from drugs and alcohol alone in a cell. A few weeks later he was transported from the Monroe County Jail to Dawn Farm. Billy was facing time in prison, but he was more scared of the Farm. He even asked his father to take him back to jail, but his dad refused.

“I was so scared that I cried every day for two weeks. In those other programs I was just going through the motions. But this was real.”
Billy got better. Billy got sober.

“Dawn Farm did for me what I could not do for myself—helped me to get into the community of sober people. I finally gave up and followed some directions.”

Billy got a 12 step sponsor and got busy with recovery. After four months at the Farm, he moved into our transitional housing program and got a job. He faced his legal problems square on and began making restitution.

In 2005, his mom got sick. She suffered from diabetic kidney failure, and called Billy to break the news. A few days later he called her back: “How do I donate my kidney to you?” In 2006, they lay next to one another in Johns Hopkins University Hospital. “I can never repay my mom, but laying in that hospital we held hands and prayed—and I was never more grateful for my sobriety.”

Billy is a full-time student and works part time in a physical therapy clinic. He works daily with other young alcoholics who want a new way of life. And he talks to his mom all the time.

“If you are thinking about getting help but you’re scared, listen to my story,” says Billy. I was scared too—but it’s gonna be alright.”