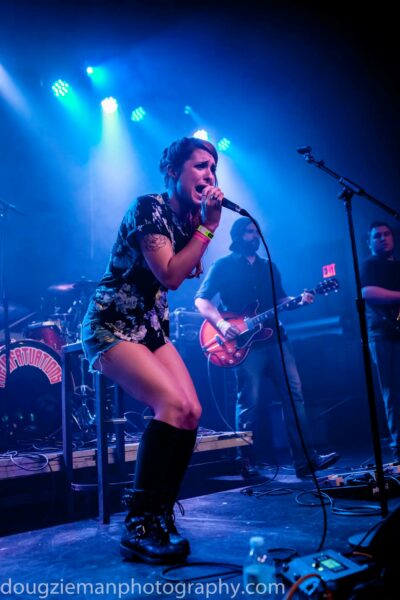 Keri grew up in a close, creative family. From an early age, music was there. “I think I started performing when I was in preschool,”  she remembers. She had real talent, everyone saw it. But when Keri was 15 years old, she took a sip of alcohol at a party. “I loved it. I didn’t want to stop.” That night, she had her first blackout.

She danced and sang her way through high school, but alcohol was always there and, soon, cocaine. While she thrived on the attention she received for her talent, she was deeply insecure. “It seemed like nothing was enough””and my alcohol and drug use got bad really fast. I knew my life would never be the same.”

By 16 she was in her first treatment facility, one of nine. Coke, pain killers and eventually heroin became a daily part of her life. 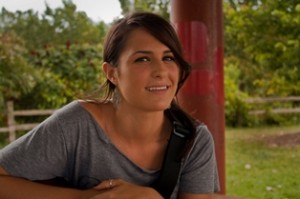 Her writing and her music stopped. On one especially grim day, Keri was standing in a pawn shop, trading her beloved Martin guitar for drug money. The pawnbroker said, “Are you sure?”

On a cool day in April 2011, a broken, 21-year-old Keri arrived at Dawn Farm. “It was the one place on earth I really didn’t want to go.” She had been at our detox before, but had resisted attempts to enter the Farm. She relapsed repeatedly, but one day she was desperate enough. “I really didn’t want to go to prison. I had run out of money and ideas.”

It was hard at first. But Keri began to connect to the women at the Farm, as well as to the recovering community. “The first couple weeks were full of fear, but then I began to hope. I started to get better, I picked up a guitar and began to sing.” Despite the rigors of treatment, she blossomed. Keri completed treatment and entered transitional housing. She is sober today—and grateful.

“Dawn Farm helped bring me back to life,” she says.

Keri has enjoyed musical success, including being a contestant on television’s American Idol. But when asked about what makes her happy today, it isn’t fame. “I get to help other people: my sponsees, people at Spera (where she cooked meals weekly as a volunteer). To see a person get that spark of recovery and hope is the coolest thing ever.”

What would Keri say to the hurting alcoholic or addict? “Call the Farm. Give yourself a chance. These people believed that I could change until I had faith in myself.”

Today Keri plays, sings and stays clean and sober. She loves her life. “If you’re like me, you can still ask for help,” she says. “If I can stay sober, you can too. There’s always hope.”