Doing the Next Right Thing 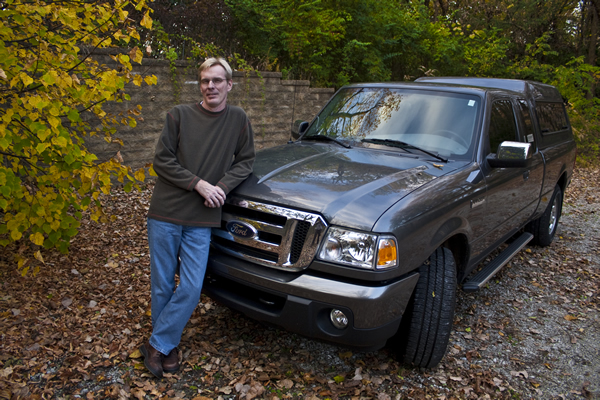 Greg drank his first beer when he was 13 or 14—it was uneventful. He had alcohol with friends a few times in high school, but it was never a problem.

Then came college. As a young freshman at Michigan State, suddenly booze began to take on a greater role in Greg’s life.
“I was away from home. I felt like I didn’t fit in, and alcohol just made things better.” But instead of getting more comfortable, Greg began to retreat. He went to classes, but then returned to his room each night to drink alone. He drank this way for two years.

Eventually, Greg dropped out of college and moved east to take a job as a painter. He soon saw that he had real skill in the profession, but alcohol was a constant companion. By age 21 he knew something was wrong. What followed was years of going to work, then going home and drinking. Greg got married at 23, but soon that relationship felt the strain of his alcoholism. He got his first DUIL, then a second one. Divorce followed soon after.

“I just got so I couldn’t stop drinking,” he remembered. “It began to affect my ability to work, I lost my apartment. Things were bleak.”
What followed were growing consequences and growing despair. A suicide attempt landed Greg in a psychiatric unit.

Greg finally found himself in a motel room, going to work—but drinking all day long. He would arrive at convenience stores at 7:00 am, buying booze when others bought their coffee. Alcohol determined every aspect of his day.

In 1999, another DUIL put Greg in jail, and eventually in Dawn Farm. “At 34, my life was a total shambles. I sat on the steps of the farmhouse and thought—it’s come to this?” After seven months at the Farm, Greg moved into transitional housing and began to face the wreckage of his past. He owed massive debts, including $150,000.00 in income taxes.

But recovery had a hold on Greg, and with the support of others, he began to methodically pay back the money he owed. He sat down with the IRS and took responsibility. “I was scared, but I was told if I was honest things would work out.” Greg’s life got better. He worked hard, and paid off all his debts. After eight years of sobriety, Greg bought his own home. A few months later, he had an opportunity to start his own painting business.

Doing the right thing has worked well for Greg. He now has a bustling business with 3 employees, he pays his bills (and his taxes) on time, and life has dramatically improved. “I know how blessed I am to have a good job and my own home, but I’m most grateful that I can be of service to others.” Greg has a busy service schedule, and is a regular presence at the Farm, working with men who are new in treatment.

What would he say to an alcoholic who is thinking about treatment? “Dawn Farm introduced me to recovery, which is the best thing that ever happened to me. If you are willing to follow some simple suggestions, your life will get better. Mine did.”