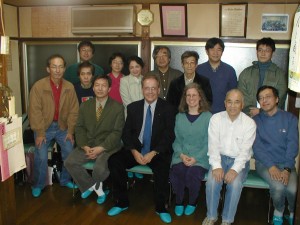 In 2002 Jim Balmer, Dawn Farm’s President, received a request to present at an addiction treatment conference in Tokyo, Japan. The request was from Mr. Mototsugu Arai (Arai-san), the President of Minowa MAC, a treatment provider in Tokyo. William White had recommended that Arai-san ask Jim (more info on Mr. White’s work here).
Jim was not sure what to expect as he traveled 6500 miles from home to a country with its own unique culture and perspectives on alcoholism and drug addiction. What he found was a kindred spirit””in Arai-san and the other staff on volunteers of Minowa MAC.

Jim also found a treatment system and societal attitudes towards addiction that resembled the United States in the 1950s. Many addicts and alcoholics in Japan are treated in government run hospitals that are very similar to the psychiatric hospitals that cared for American addicts in the 1950s. Long term maintenance on tranquilizers is routine and expectations for recovery are low.
In contrast, Minowa MAC and other programs like it tend to be staffed by passionate and caring recovering folks. These men and women are offering compassion and hope in the face of enormous stigma and ignorance about addiction from the public and other helping professionals. They are starving for information, affirmation and hope. 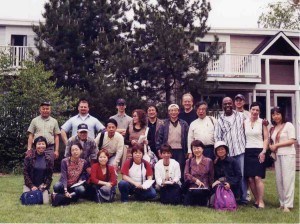 Contemporary American addiction professionals tend to look back on the programs of the 1950s as the “dark old days.” What we’ve seen in Japan is not the “dark old days,” but a committed group of loving people fighting for the establishment of a permanent addiction treatment system, so that every addict who needs help will receive compassionate and hope-filled care from competent professionals.
In the years since, our Japanese friends have visited nearly every year and we are very honored to report that during one of their visits, they asked permission to create a program that would be called Dawn Farm in Yokohama. How cool!