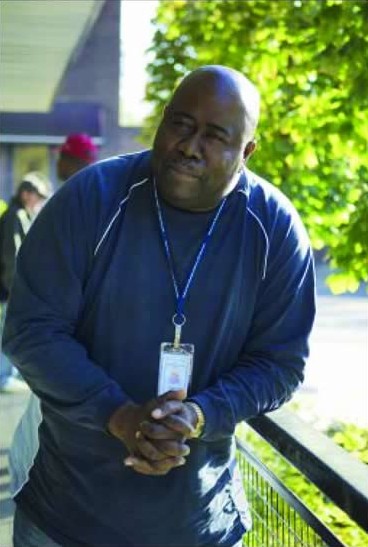 If you meet Cameron, you never forget him. An imposing man, he is full of charm and life and passion. He greets you warmly and looks into your eyes to see who you really are. He’s come a long way since that grim day in September 1999, shivering on the doorstep of Dawn Farm’s Detox, hoping to find a way out of the terrible madness of crack cocaine.

Cameron had been a young man with great promise. Raised in Ypsilanti, he was a bright and talented student who earned a full academic scholarship to the University of Michigan. He envisioned himself as a lawyer: “I thought maybe I could be the next Martin Luther King.”

He did well at the university, earning a bachelor’s degree in Political Science. He met a girl, got married, and his aspirations shifted toward the business world. He worked in a variety of contract management jobs until 1984, when he tried crack cocaine.

What happened over the next 15 years is something of a blur—except that it included at least ten treatment stays and numerous trips to the Detox in Ann Arbor—all without success. He was actually at the Farm three times, and was discharged every time. He could have given up.

But on that last day in September 1999, something changed in Cameron. “I was tired, beat up, and I heard they were opening up a new program in the city.” Cameron tried it again—this time at the new Huron Street House in Ann Arbor. “It changed my life forever.”

“I have a mother who prayed a lot,” says Cameron. “I know that she’s one reason I was able to stay in the program and get better.” He has been clean and sober ever since. Cameron completed treatment and entered one of our men’s transitional houses. After 18 months, he became a House Manager himself, carrying the message to others.

He is a man full of gratitude. Cameron is also truly a man in motion—compassionate and creative in the way he approaches his life. Today Cameron is a case manager at the Delonis Center shelter in Ann Arbor, helping men and women to rise out of homelessness and taking special interest in the addicts and alcoholics.

In 2003, Cameron also helped create “SoberFest,” a popular annual event that celebrates recovery in Washtenaw County with music and activities. In his spare time, Cameron is a talented musician who has rejected the bar scene in favor of developing bands comprised of other people in recovery. His band Primary Purpose plays in Ann Arbor regularly—and Cameron was recently tapped to join the Motown Legends Tour.

“I really appreciate what you guys did for me. If I got any happier I would have to pay somebody. Recovery—the whole process—is the most significant thing that can happen to you. It changed my whole life for the better. It can for you too.”