There is a strong correlation between domestic violence/sexual assault and alcohol/other drug use ““ and correlation does not equal cause/effect nor does it define personal responsibility. Intoxication does not explain abuse or assault, excuse a perpetrator’s behaviors, or justify a person being assaulted or abused. Domestic violence/sexual assault offender and survivor alcohol and other drug use will be central to this discussion.  The audience will be provided with a primmer regarding perpetrator tactics, strategies, and core beliefs which hold the perpetrator accountable for abusive/assaultive behaviors while maintaining and promoting survivor safety. The program will help participants to recognize the critical importance of understanding the relationship between domestic violence/sexual assault and alcohol/other drug use and substance use disorders in order to safely and effectively intervene and/or interrupt the perpetrator’s behaviors and support the survivor.
Handouts:

David J. H. Garvin is the Vice President for Programs and Facilities of Catholic Social Services of Washtenaw County and Founder of the Alternatives to Domestic Aggression Program, Catholic Social Services of Washtenaw County. David previously served as the Chief Operating Officer of Catholic Social Services of Washtenaw County, and for many years prior to this David served as the Senior Director at Catholic Social Services of Washtenaw County. During this tenure David was responsible for the management of the Alternatives to Domestic Aggression (ADA) Program, and served as the Clinical Director for the Behavioral Health Services program and Substance Abuse Treatment Services, and was Program Manager for the Supervised Parenting and Exchange Program and the Adoption and Pregnancy Programs. David has been directly involved in the anti-domestic violence movement since 1986 when he founded the ADA Program. He is a co-founder and current Chair of the Batterer Intervention Services Coalition of Michigan (BISC-MI). David was selected to serve as the co-chair of the Michigan Governor’s Taskforce on creating standards for batterer intervention programs. He has conducted trainings, consultations, conferences, workshops and in-services around the country and has been featured on local, state and national television, in magazines, professional journals and newspapers. David earned the prestigious honor of being named the 2009 National Association of Social Workers-Michigan (NASW-MI) Social Worker of the Year for his work in the areas of domestic violence, mental health and adoption. 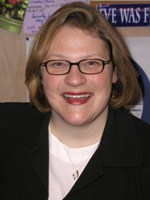 Barbara Niess May is the Executive Director of SafeHouse Center, a supportive service and social action agency which provides help to approximately 5,000 Washtenaw County residents who are impacted by domestic violence and sexual assault annually through its 50 bed emergency shelter and its counseling and advocacy programs.   Barbara has worked toward supporting survivors of sexual assault and domestic violence since 1996 in various micro- and macro-system capacities. This has included agency management as well as state-wide level advocacy and support. In addition to these activities, Barbara has also been very involved in legislative work and has provided expert testimony in a variety of venues, including various levels of court and at the state and federal legislative level.  She is also involved in her community in a variety of ways as a member of Rotary International, and as an adjunct lecturer at Eastern Michigan University. Barbara has served on several boards and committees, is a member of several national honor fraternities and is active in her church. Barbara holds Master’s degrees from the University of Arkansas at Little Rock in Public Administration and in Social Work.