Emerging from the Darkness: the End of the Drug War and the Rise of Recovery

Not only have the ships for which we have waited for so long appeared on the horizon, some of them have now come into port. Parity. Treatment on demand. Stigma reduction. These once seemingly impossible dreams are today a reality. The White House creates an “Office of Recovery” and speaks openly about a “Third Way” for new policy. States legalize cannabis for – not medical – but recreational use, and create a giant natural experiment that will reveal previous certainties about its dangers as truth or fiction. Films, books, plays, and music put a human face on addiction, changing minds and hearts in the process. But most importantly, people are recovering. As we emerge from the rubble of the Drug War, we can rebuild on the foundation of astonishing brain research that has quietly accumulated through decades of zero-tolerance and mass incarceration. In this lecture, we will stop and realize this moment in history, and compare it to other challenges of health disparity and social inequality. We will review the rising science of recovery and explore concepts of recovery management. We will elucidate this “Third Way,” and consider the challenges it entails. We will explore innovative policies, enacted on local and national levels, which hold the promise of preventing addiction before it starts, treating it on a scale never before seen in the US, and re-enfranchising a battered but resilient American demographic.  As groups of men and women, formerly living in the shadows, come together, define themselves, and become a people, we should not forget: History is watching.
About the presenter:
Kevin T. McCauley, MD 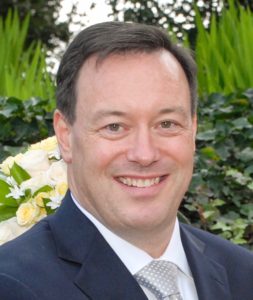 Dr. Kevin McCauley graduated from Drexel University Medical School in Philadelphia, Pennsylvania in 1992. He entered the United States Navy and received his Naval Flight Surgeon training at the Naval Aerospace Medical Institute in Pensacola, Florida. He was the flight surgeon for Heavy Marine Helicopter Squadron 363 at Marine Corps Air Station, Tustin, California and for Marine Fighter/Attack Training Squadron 101 at Marine Corps Air Station, El Toro, California. From 2009 to 2013, Dr. McCauley was the Director of Le Mont, a sober living/recovery management program in Sandy, Utah, and was president of the Utah Association of Recovery Residences. He is currently the Director of Program Services at New Roads Behavioral Health in Salt Lake City, Utah. As Co-Founder of the Institute for Addiction Study, Dr. McCauley wrote and directed two films: “Pleasure Unwoven” about the neuroscience of addiction, and “Memo to Self” about Recovery Management in commercial airline pilots and professionals with substance use disorders. “Pleasure Unwoven” won the 2010 Michael Q. Ford Award for Journalism from the National Association of Addiction Treatment Providers. Dr. McCauley travels between Utah and his home in Honolulu, Hawai`I where he lives with his wife, Kristine.